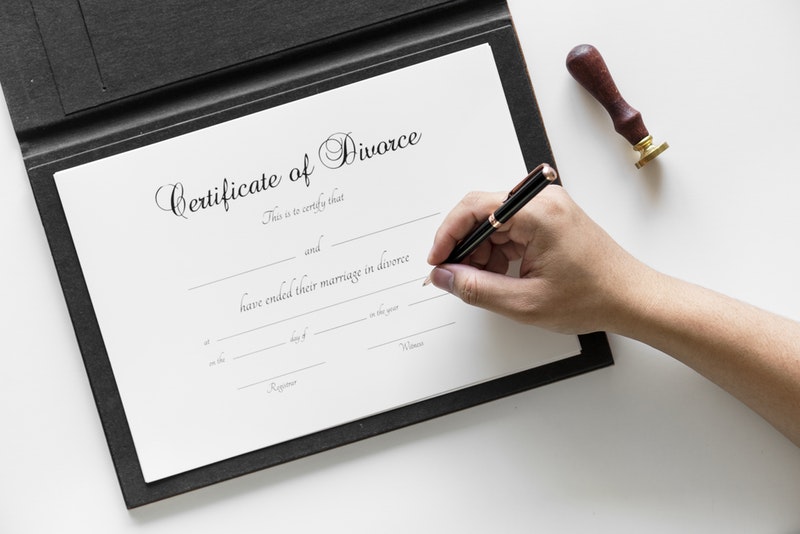 Although California and, belatedly the rest of the nation, have caught up with the rights of same-sex couples, gray areas still exist within the laws governing their divorces. Same-sex divorce has its’s own challenges. While marriage is a relatively new legal right for many LGBT citizens, many of their committed relationships predate the U.S. Supreme Court’s 2015 ruling in in Obergefell v. Hodges.

That landmark ruling, a 5-4 vote, stated same-sex couples have a fundamental right to marriage under the Due Process Clause and Equal Protection Clause of the Fourteenth Amendment – legalizing same-sex marriages throughout the United States and its territories.

California first permitted same-sex marriage in 2008, but a group of civil suits challenged the law and resulted in a halt to the unions. Then, marriage licenses were barred between November 2008 and June 2013 after state constitutional amendment, Proposition 8 passed. It was overturned in 2014 in Hollingsworth V. Perry, which ruled Prop. 8 was unconstitutional. Existing marriages remained valid in the interim.

Obergefell v. Hodges followed after conflicting rules from various courts around the country put the case in the hands of the U.S. Supreme Court justices. Prior to that, 36 states, the District of Columbia and Guam had recognized same-sex marriages.

Not surprisingly, according to recent Gallup surveys, same-sex marriages are on the increase. The surveys reveal one in ten LGBT Americans (10.2%) are married to a same-sex partner, up from the months before the high court decision (7.9%). As a result, a majority (61%) of same-sex cohabitating couples are now married, up from 38% before the ruling. Of course, with the increase in same-sex marriage – there is an inevitable upturn in gay divorce.

In California, common law marriage does not exist – so if you lived with a partner for 15 years prior to marriage, the courts do not take those years into account. More often than not, same-sex couples have lived together for many years before marrying. This can present a range of thorny issues that can make dividing assets a challenge.

If a California couple, same or opposite sex, determines they have irreconcilable differences, they can file for divorce without providing details about why they are splitting up. One party must have lived in the state for at least six months before filing papers and in the county where they are filing for at least the past three months. Yet if a couple was married in California but lives outside the state, dissolution of marriage is permitted in the county where the marriage occurred.

For same-sex couples, while “no-fault divorce” may make the process a bit less guilt-ridden for the individuals, they, like all divorcing couples, must think about issues like assets, alimony, child support, debt and division of real estate and other assets like 401k or pension plans.

Couples must also be prepared to answer questions about when their relationship entered the “committed mode.” If they were in a formal domestic partnership for many years, it could change how a court looks at the divorce.

California generally includes dissolution of a partnership and a marriage in the same proceeding, but couples in a domestic partnership must dissolve both the marriage and the partnership.

Dissolving one status does not automatically dissolve the other. (If a couple hasn’t followed a partnership with marriage, they can simply seek a “termination of domestic partnership” through the Secretary of State.)

Factors that will be considered in a divorce include who brought what to the relationship and when? How much did each partner make before the partnership or marriage? What documents do they have to support their claims – tax receipts, bank statements, real estate transactions, etc.?

California is a “community property state,” meaning any assets or income acquired during the marriage generally belong equally to each partner regardless of who is using or controlling it.

But anything – including debts – predating the marriage can also come into play during the divorce proceedings if they were “comingled” or combined either in a domestic partnership or even just living together with joint bank accounts. There’s also separate property. For example, say one partner paid into a 401k before the union. That money belongs to that partner – and is not community property, yet anything contributed after the partnership or marriage is.

Most experts strongly recommend that same-sex couples draw up a prenuptial agreement – which is a legal contract made by a couple before they marry concerning the ownership of their respective assets should the marriage fail.

Laws in many states where same-sex marriage is legal won’t consider the 10 or 15 years a couple were together before they married – which, again, is oftentimes the case with same-sex marriage.

Since these are often couples who are already established in life, their assets may be considerable. So a prenup is optimal for those who want to protect assets they owned before they were married. It can also address assets that the couple acquired together.

A prenup can also address questions about how child custody should be handled, especially if a child was adopted or born before the marriage – which is common in same-sex marriages.

When a heterosexual couple divorces, a judge determines custody rights – visitation and child support – based on a child’s best interest. That may be challenging for same-sex couples who have raised children together if only one is an adoptive parent. As an example, New York, doesn’t recognize “de facto” parents – those who, according to the American Law Institute, “share (at least) equally in primary childcare responsibilities while residing with a child for reasons other than money.”

LGBT couples with children may have to contend with additional challenges in a divorce. Because this is such a new area in the law, precedents may not exist to guide the courts. And if a couple has not reached a compromise on issues surrounding children like custody, support and visitation. One thing the courts will consider is who the legal parents are? Was the child adopted by both parents? Is the child a biological child or not?

A judge may also look at sibling relationships, who has better parenting skills, work schedules, and, if the child is old enough, what the child desires.

Divorce is never easy – emotionally or logistically. In the instance of same-sex couples, the process often takes on new twists and turns.

Myra Chack Fleischer founded Fleischer & Ravreby in 2001 and serves as lead counsel with a focus on divorce, property, custody and support, settlement agreements, mediation, asset division and family law appeals. A Certified Family Law Specialist, she has been practicing law in San Diego since 1997 with extensive experience in civil litigation and family law.