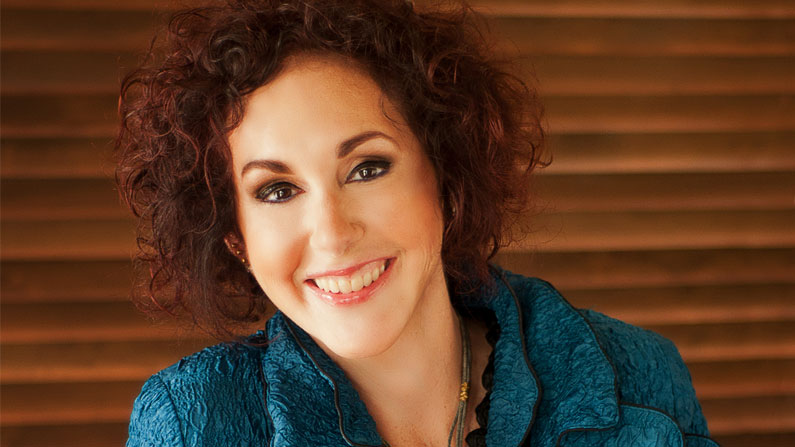 A Certified Family Law Specialist (CLS-F), Myra Chack Fleischer has practiced law in San Diego since 1997 and is now is lead counsel and managing partner at San Diego-based Fleischer & Ravreby, a firm she originally founded in 2001.

Q: What was the last book you read?
Portrait of a Spy by Daniel Silva. I am working through his Gabriel Allon series. I am hooked on them right now.

Q: What was the last movie you saw in a theater?
I think it was Phantom Thread. We don’t go to the movies often until the Academy Awards nominations come out. Then we rush to see them all in advance, so we know what everyone is talking about when we watch.

Q: What is one thing you can’t go without?
Baking. I love to bake and watch cooking shows. I don’t even eat what I bake, but I love it anyway. It relaxes me and is mindless.

Q: The best thing about San Diego is …
The weather. I am from Philadelphia and still have family there. When I go back to visit I don’t miss the cold or the humidity.

Q: Twitter or Facebook?
Facebook, but not much of that either. I originally signed up years ago to keep an eye on my kids, but now that they are adults, it’s not so necessary.

Q: Where’s the one place you’ve wanted to travel to but haven’t yet?
I have been to Europe many times and have flown through the London airport more times than I can count, but we still have not actually visited London. I am desperate to see it, but mostly I want to see Stonehenge which is a prehistoric monument of standing stones. I did a book report on it when I was in elementary school and have been fascinated since.

Q: One of my biggest pet peeves is…
People who don’t see the positives in life. I am a person who sees the glass isn’t only half full but filled to the brim. I have a hard time with people who have wonderful things in their lives but only see the negatives.

Q: If I wasn’t a lawyer, I’d be …
An opera singer. I took voice lessons for many years, and in college my vocal teacher wanted me to switch from a business major to a music major. I had wanted to be a lawyer since I was a kid, and I luckily had the foresight to know I wasn’t that good at opera and did not make the switch!

Q: Who is your professional role model?
My mother. She was a trailblazer in her time having attended college in the ‘40s and becoming a pharmacist when very few women did. She didn’t give up her career until after her third child was born because there was no such thing as daycare. I was number four. She kept her professional license up and went back to work after 20 years. Her motto was “an education is something no one can take away from you.”

Q: What is the most gratifying aspect of your job?
The relationships I have with my clients and the evolution I see them go through as they come out of the divorce process. A divorce is not a quick event in a person’s life. It takes time – sometimes spanning years depending on the complexity. In that time my clients and I develop a very close working relationship – a partnership – to get them to the next place in their lives. I get to see the evolution of a person who initially is at a very low point in his or her life, the death of a relationship, and see that person evolve into a happier, lighter being when the process concludes.

Q: How do you feel about becoming the national president of The Jewish National Fund’s Women from Israel Campaign?
Excited, nervous, enthusiastic and thrilled. I have been involved with Jewish National Fund for almost nine years. Women’s giving was over 30 % of the annual campaign last year which topped $80 million. The world has changed since my mother started pharmacy school in 1943, and she worked for the same pharmaceutical company my father did (he was a pharmacist as well) and got paid significantly less. Today, women are the backbone of the U.S. economy in a way they couldn’t be when my mother gave up her career to raise her family. Women are educated and we work or own businesses – more than nine million U.S. companies are women-owned, employing nearly eight million people and generating $1.5 trillion in sales.

Q: What are your aspirations for the group during your term?
My goal in the next few years as president is to have our women’s giving be half of the campaign since women are half of the population.

Q: How did you get involved with the Project SARAH Domestic Violence Clinic?
I actually don’t remember how I got involved, but it was many years ago when Project Sarah had a weekly domestic violence clinic through Jewish Family Service of San Diego. Women who were victims would sign up for an appointment, and experienced family law attorneys would volunteer to see them free of charge to assist with paperwork and legal questions. It was very gratifying to help. As I understand it, the clinic no longer is in weekly operation, but I have helped on occasion when called upon privately.

Q: You were an accountant before becoming a lawyer. Why the switch?
I had always wanted to go to law school since I was a child, but certain life circumstances intervened, and I could not get to law school right away so I worked for about 10 years as an accountant. I worked in public accounting and private as the controller of an international software company. While I had hoped to attend law school sooner, in retrospect, I do not regret it. My experience as an accountant has been an immense help in my career as an attorney. Many of my cases involve complex financial issues, and while I always must hire an expert to testify in court, I am one of only a handful of attorneys in San Diego who can read and analyze financial documents as well as the experts I hire. This skill is very helpful to the client and in nearly every case I handle.

Q: You had three kids by the time you began your first job as an attorney. What advice would you give working mothers, especially those who are attorneys?
I had a 10 month old when I started law school, and he was three when I graduated. He was joined at my graduation by a brother who was 18 months and a sister who was two months that day. I would tell any working parent (not just mothers) you need to find your balance between work and home and stick to it. Life is not all about work. Someday your kids will grow older and you can put more time into this case or the next, but when your kids are young, be there for them when they need you. I personally balanced my life by coming home every day by 5 p.m. and being present for my family. My husband, who is a physician, gave up inpatient work to spend more time at home as well. Any additional work I needed to do that did not get done during business hours happened after bedtime or in the early hours before my children woke up.
My children define who I am as a person; not my work as a lawyer or my volunteer work. They are what I am most proud of in my life and what will live on as my legacy. The 10 month old will graduate medical school in May. The 18 month old is a lawyer in Washington, D.C., and the two month old works for a business here in San Diego doing operations.